Our team is a group of dynamic performers and they are certified teachers as well! We’re accepting your family into our hands. Rest assured the best of hands, with people trained at the highest levels of performing and academia.

Selina McDonell is a singer, dancer, actor, and teacher who grew up in Barrhaven.

Bethany Thomson has obtained her formal education at The University of Ottawa.

Lianna has been dancing in Ottawa since she was 4 years old.

Isabelle’s passion for dance was evident from a very young age.

Mia has been dancing since the age of 5.

Kiersten began dancing at the age of three years old, and by seven was dancing competitively.

Courtney has been dancing since the age of three, and has trained and competed in all styles of dance.

Selina McDonell is a singer, dancer, actor, and teacher who grew up in Barrhaven. She is a graduate from Randolph Academy for the Performing Arts in Toronto, where she studied dancing, singing and acting. While living in Toronto, Selina performed professionally in musicals at Solar Stage Children’s Theatre. Roles included: Goldilocks in Goldilocks and the Three Bears, The Wolf in The Three Little Pigs, and Pinocchio.

Selina also holds a Bachelor of Music in Voice and a Bachelor of Education from The University of Ottawa. There she performed in operas Les Dialogues des Carmélites, Don Giovanni, and Le nozze di Figaro. Other acting credits include:
Pride and Prejudice (Miss Bingley) and Zombie Prom (Toffee). Selina is currently the music teacher, band director and choir director at Westboro Academy and a supply teacher for OCDSB. Selina has directed several performing arts classes of vocal, dance and musical theatre over the last 10 years. She is beginning her 4th year of Musical Theatre at Selina’s Studio where she’s experienced some wonderfully talented and fun performers. Performing Arts is the passion which Selina loves to share with aspiring students in a fun and encouraging way!

Bethany Thomson has obtained her formal education at The University of Ottawa. There, she received her Bachelor of Education Degree in the Primary/Junior Division in May 2012. Bethany recently graduated, earning an Early Childhood Education Diploma through St. Lawrence College while she worked as a Kindergarten Educator at Aladin Childcare Services.

Her passion for dance began as a young girl where she received her dance training in Atlanta, Georgia with a pre-professional dance company entitled Roswell City Dance. Afterwards, Bethany was a member of The University of Ottawa’s Competitive Dance Team in 2006 -2007 and 2010-2011, while pursuing her Honours Bachelor of Arts Degree. In 2007, Bethany was invited to be a member of a contemporary professional dance company called Project 7. For three consecutive years, Bethany performed and competed with Project 7 winning awards such as Choreography Choice Award in 2008 for the performance “Freewave” and in 2009’s performance entitled “Vogue” at Pulse Dance Convention. Bethany’s dance experience has been teaching and attending workshops in hip hop, contemporary, jazz, tap, and ballet. Bethany was also a dance teacher and choreographer for On Your Toes Dance Company in Atlanta, Georgia. She taught dance to students ranging from three to fifty years of age.

Today, Bethany is thrilled to join Selina’s Studio as the lead instructor.  Bethany has taught dance for numerous children’s birthday parties and has supplied for their competitive dance classes. 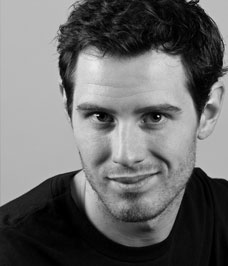 He studied theatre and directing at the University of Ottawa and is now active in the local theatre scene having most recently directed Rodgers & Hammerstein’s Carousel at Centrepointe Theatre. Selected performance credits include: Inspecting Carol (Wayne Wellacre); The Full Monty (Ethan Girard); West Side Story (A-Rab); Antigone (Creon); Jeppe of the Hill (Lackey). J.T. has conducted numerous camps and workshops, taught with: Salamander Theatre for Young Audiences; Fiddleheads, an organization dedicated to teaching youth fiddle playing and drama within its context in the history of Canada, in Chelsea, Quebec; and, currently, also teaches at the Ottawa School of Speech & Drama/Ottawa Theatre School.

In 2004, J.T. was one one of 10 actors selected to represent Canada at the International Drama Educators Association festival (I.D.E.A). J.T. holds a passion for helping youth discover themselves through theatre and creation and is excited to bring it to Barrhaven and its surrounding communities.

Lianna has been dancing in Ottawa since she was 4 years old. Starting out recreationally, but quickly joining a competitive team when she was just 7 years old. Throughout her competitive career, Lianna has won many overall and judges choice awards at various competitions across Canada. Lianna has also attended multiple dance conventions and workshops, allowing her to take classes with and learn from many well-known and experienced choreographers. Lianna is formally trained in Ballet, Jazz, Tap, Contemporary, and Hip Hop. She has completed many B.AT.D, R.A.D, and A.D.A.P.T dance exams. Lianna will be attending Teacher’s College at The University of Ottawa in the fall. Lianna’s passion for dance has allowed her to develop and grow from a competitive dancer into a teacher who hopes to pass on her own knowledge of the art, as well as instill the same love of dance into her students. Lianna hopes to inspire all of her students and is very excited to be a part of the team at Selina’s Studio! 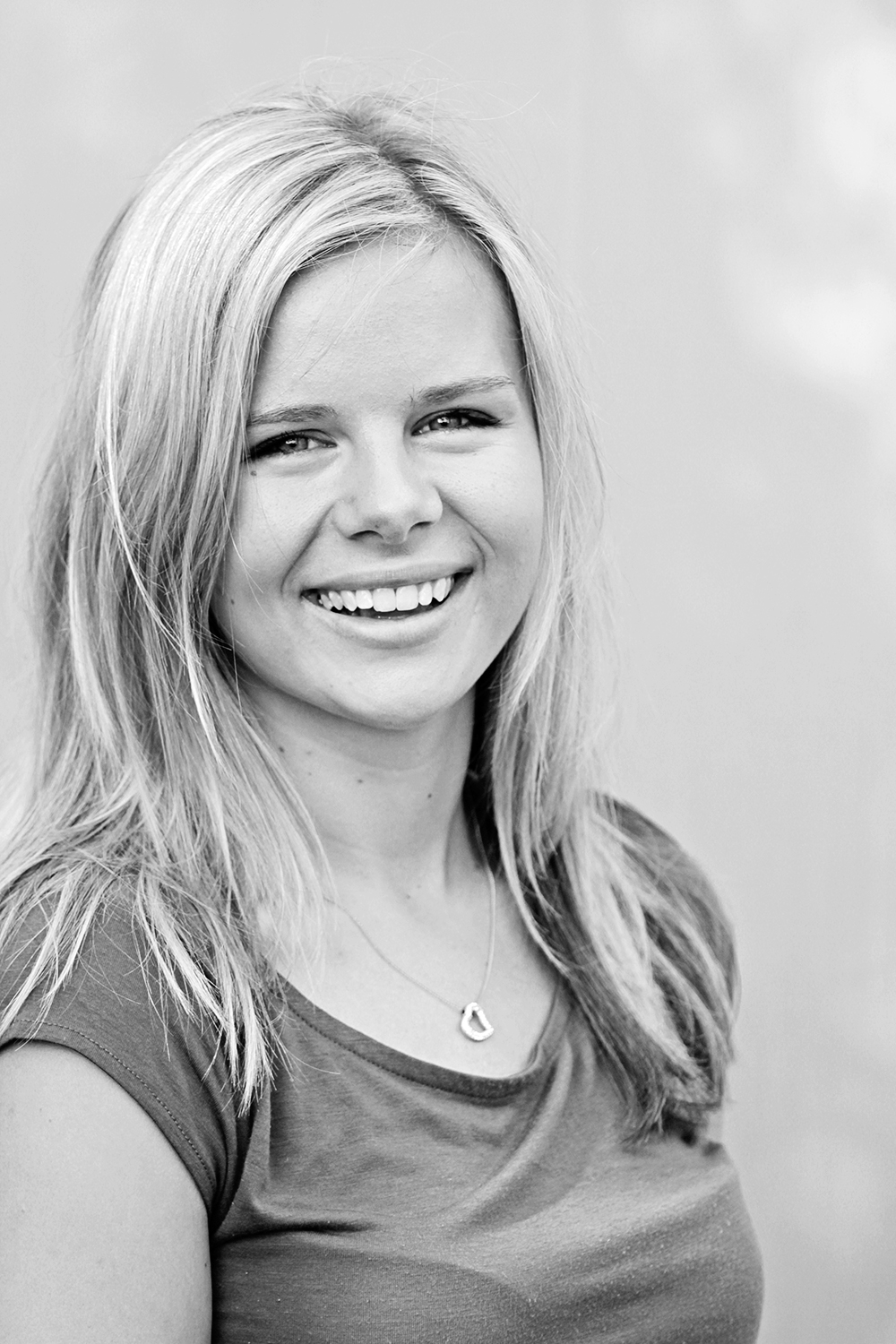 Isabelle’s passion for dance was evident from a very young age, relatives joked “she learned to dance, before she could walk”. Growing up in barrhaven, she began her dance training at Canadian School of Dance where she afterwards became a teaching assistant and soon frequent supply teacher.  From there she was accepted into a semi-professional dance company (Axiom), and then was a member of professional dance companies, Driven Dance and CultureShock Ottawa.  Isabelle has performed at international dance showcases along some of the best in the business, as well as many city festivals, charity fundraisers, and private events.  She has taken master classes from a variety of worldwide choreographers, instructors, and performers.

Isabelle has taught several youth outreach dance programs and has been teaching at Selina’s Studio since early 2014. She has also been a camp counsellor at St. Brigids Summer Camp and an instructor for dance camps at Selina’s Studio.  Currently Isabelle is working on completing her bachelor degree of a Joint Honours in Political Science and History at the University of Ottawa.

Isabelle believes “hip hop is not a just a dance style, it is a culture of love, acceptance, and self-expression”, and she strives to introduce all her students to this urban phenomenon.

Mia has been dancing since the age of 5. She has been trained in Ballet, Jazz, Hip Hop and Contemporary. Having had experience in competing in various regional and national dance competitions, she has had the honour of taking classes from many well-known and inspiring choreographers. Mia has also completed some dance examinations in both the A.D.A.P.T jazz and R.A.D ballet syllabuses. She is currently working towards her RAD Advanced I ballet examination while hoping to share her love for dance through teaching. She has had previous experience working with kids as a summer dance camp counselor and through a variety of volunteer positions from classrooms to hospitals to dance classes. Mia is very excited about this dance year and is hoping to encourage the growth of young dancers throughout their dance journey at Selina’s Studio. 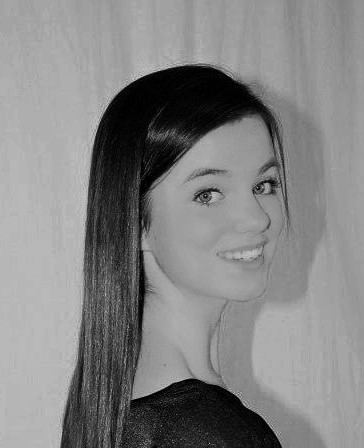 Kiersten began dancing at the age of three years old, and by seven was dancing competitively.  She is trained in ballet, jazz, and contemporary and she has attended many conventions across Canada and completed up to Advanced in A.D.A.P.T jazz examinations and Advanced 1 in ballet examinations. She has attended prestigious schools like, The Royal Winnipeg Ballet and has received numerous scholarships for her ballet technique.  Throughout her competitive years, her team won numerous overall, choreography and special awards.  As of now she attends the University of Ottawa and is on track to become a speech pathologist for children.  Kiersten’s love and passion for dance is a huge part of her life and she is hoping to be able to share that passion as well as the knowledge of dance she has learned to the younger children at Selina’s Studio.

Sami is a graduate from The University of Ottawa where he earned a Bachelor of Theatre and a Bachelor of Education.  He has been acting since childhood at various venues including The Youth Infringement, The Fringe Festival, Centerpointe Theatre, and The University of Ottawa.   Selected credits include: Godspell (Herb); Dracula (Jon Harker); Fame
(Tyrone), Fallen (Michael); Oh Nest/Honest Insanity (Manic).  Sami can still be seen on TVO Kids “A World of Wonders”.  His teaching experience includes Sunday School Teacher, Summer Camp Leader and Teacher Candidate during Teacher’s College.

Whilst hoping to continue in his artistic endeavors, Sami hopes to pass on his experience to eager students who share the same love for the stage.

Sarah Stapleton is a Grade 12 student in Canterbury High School’s vocal music program.  She has been trained in ballet (2001-2002), Irish dance (2003) and jazz (2004-2005). She has studied musical theatre with the Ottawa School of Speech and Drama since 2008, and has studied singing since 2011 with a private vocal instructor. She has performed in numerous musicals and plays with both 9th Hour Theatre Company and the Ottawa School of Speech and Drama. Select credits include: The Secret Garden (Mary Lennox), Children’s Letters to God (Iris Burns), Anne of Green Gables (Diana Barry), The Lion King (Simba), Little Shoppe of Horrors (Audrey), Cinderella (the Evil Stepmother), and Annie (Miss Hannigan).

Sarah has worked as a musical theatre camp counsellor and a teaching assistant with Selina since 2012. Sarah is excited to continue to teach and share her passions with aspiring youth! 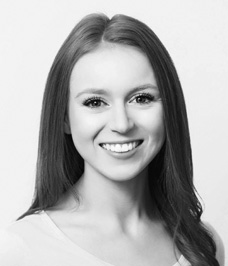 Courtney has been dancing since the age of three, and has trained and competed in all styles of dance. She has successfully completed her Advanced 1 R.A.D ballet examination, as well as A.D.A.P.T exams in both jazz and tap. Courtney has had experience teaching and choreographing for the dance club at Mother Teresa Catholic High School and has assisted in many studio dance classes throughout her dancing career.

Courtney is currently a student at Carleton University studying Linguistics, and is a proud member of the Carleton U. competitive dance team. Courtney is very excited to be joining Selina’s Studio as an instructor and is looking forward to sharing her love of dance.